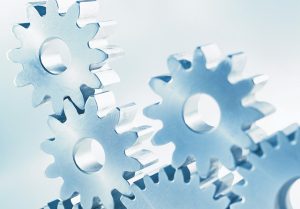 Fabmatics is a member of the following networks:

Since 2001, Fabmatics has been a member of Silicon Saxony e.V, the largest micro and nanoelectronics, software, photovoltaic, and micro-systems industries network in Europe. The association connects over 300 members across the economic area of Saxony, including manufacturers, suppliers, service providers, universities, research institutes, and public institutions. Since 2002, Heinz Martin Esser, former managing director of Fabmatics GmbH, has been a board member of Silicon Saxony e.V., and since 2009, he has also been the association’s spokesman.

AND was founded in 2004 by HAP GmbH, Ortner c.l.s. GmbH, AIS Automation Dresden GmbH and SYSTEMA GmbH under the name Dresden Fab Automation Cluster (DFAC). Since 2015, the network has a new member: XENON Automatisierungstechnik GmbH. This strong community bundles these companies’ hard and software expertise, which makes them capable of offering complex automation solutions for the semiconductor and photovoltaic industry. At the annual innovation forum, AND informs its audience about the latest developments in the automation industry.

SEMI (Semiconductor Equipment and Materials International) is the international industry association of leading semiconductor manufacturers. Since its founding in 1998, Fabmatics has been a member of the SEMI Association.

AENEAS (Association for European Nano-Electronics Activities) is a mutual initiative of European R&D actors in the area of nano-electronics with the objective of connecting the industry, individual companies, research institutions, universities, and associations with each other on a common platform and promoting their innovations. The goal is to enhance the competitiveness of European industries. Financing takes place via ENIAC (JU), a joint technology initiative for nano-electronics.
Fabmatics has become a member of AENAS within the scope of the 2012 EPT300 funded project.