HERO Rail successfully on the market for over 10 years 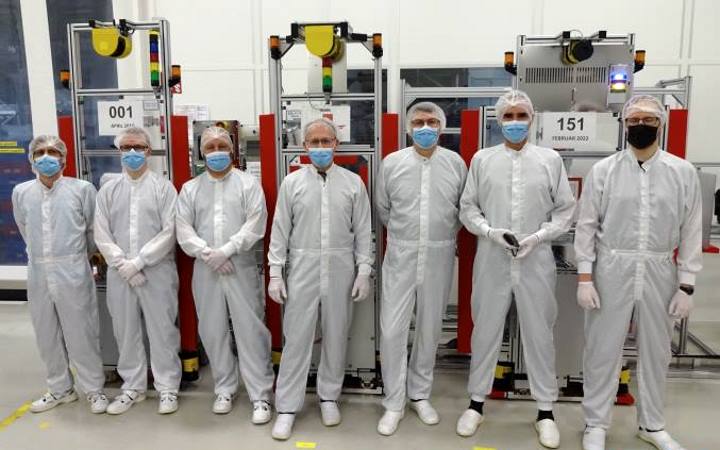 At the beginning of March, the 151st and thus last HERO Rail of the first product generation left the Fabmatics factory. The first of its kind was delivered to Infineon Dresden on April 21, 2010. The rail-guided HERO (HElping RObot) Rail automatically transports wafer cassettes through a semiconductor factory to the process machines and picks them up again from there – without any human intervention.

The HERO marked the beginning of a success story for Fabmatics. Around 150 autonomous rail-guided robots are now working reliably 24 hours a day, 7 days a week in European semiconductor factories. 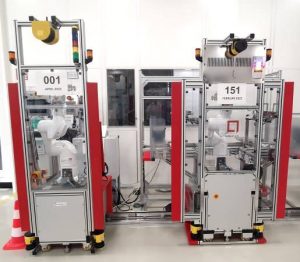 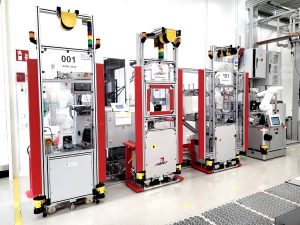 Over the past twelve years, the HERO has been continuously optimized and further developed as well as adapted to special customer requirements: Double grippers, local buffers, ride-along buffers, pass-through monitoring, upper floor rail, lower floor rail are just a few stations on its development journey. 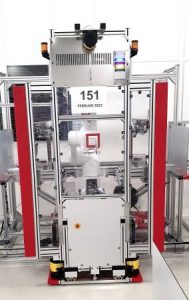 The 151st specimen is also a “special unit” with eight buffers traveling along the side. Due to its appearance, it has been affectionately christened HERCULES by the Fabmatics engineering team.

With its high reliability and robustness, the rail-guided HERO Rail is more attractive than ever to our customers. Reason enough to transfer it to a new product generation and give it a makeover.

New product generation of rail-guided robots is in the wings 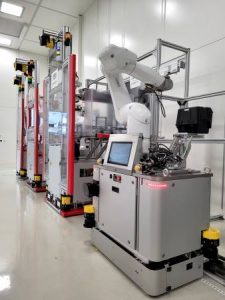 The HERO Rail 2.0 is characterized in particular by

Thanks to the new features, the new HERO Rail does not need any of the back panels and bumpers that have been used up to now. The first of its kind will be delivered in summer 2022.

Coming soon, you will find all product information about our revamped HERO Rail 2.0 here.

For first-hand information, our sales team is of course at your disposal.