Retrofitted automation of semiconductor fabs generates productivity gains –  Infineon had already discovered this ten years ago. The Dresden-based semiconductor manufacturer was already relying on the use of innovative material handling systems at that time. Infineon commissioned Fabmatics with the development of a cleanroom-compatible mobile robot for loading process machines in the 200mm production line in 2009. The very first robot of this type was delivered to Infineon on April 21, 2010.

This marked the birth of the HERO (HElping RObot): a rail guided robot designed to automatically transport wafer cassettes within a so-called bay (process finger of a semiconductor fab) to the load ports of the process machines and to retrieve them from there (intra-bay transport). The HERO robot transport the wafer cassette to the factory-wide transport system at defined points, e.g. at a lift. As such, the HERO is an integral part of a comprehensive system for the fully automated production flow of wafers.

“Experience has shown that the biggest advantage of automation lies in the continuous operation of the systems – in other words, no breaks, no shift changes. Material flows more evenly, ultimately leading to considerable savings in terms of throughput time, which in turn can be used to achieve higher plant utilization,” summarized Dr. Johannes Sturm, the then Head of Factory Logistics & Automation at Infineon Dresden back in 2014. (Source: Automationspraxis)

The HERO 1 was the beginning of a small success story for Fabmatics. Within a period of just three years, more than 120 of these systems were put into operation at Infineon’s Dresden plant. They are still running on their tracks every day. The HERO is also used at the group’s other locations. Consequently, other German semiconductor factories also recognized the potential of the robot, which reliably performs its work 24 hours a day, 7 days a week.

Over the past ten years, the HERO has been continuously optimized and further developed. A sister system to the mobile robot on a free-moving platform, the HERO Fab was created in 2015. But despite the popularity of the autonomously navigating HERO Fab, the ten-year-old, rail-bound HERO Rail is still far from being obsolete. With its high reliability and robustness, it is more appealing than ever to our customers. A second generation is already in the works. This means that the our HERO will be able to celebrate its anniversary in the future as well. 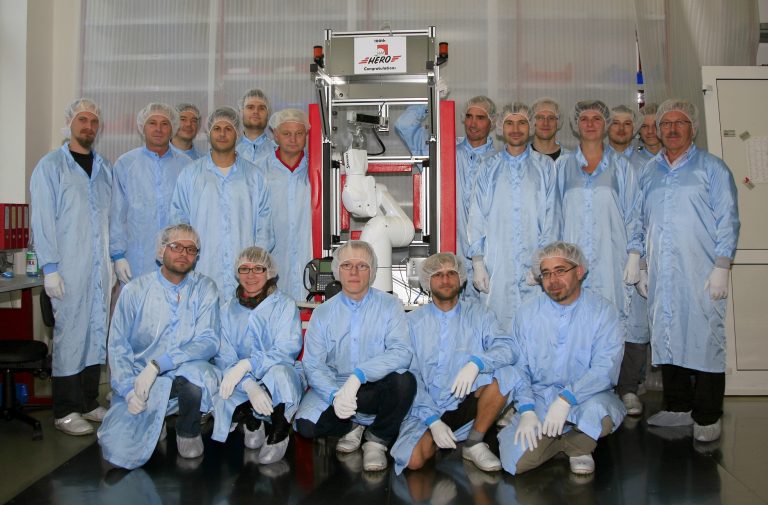 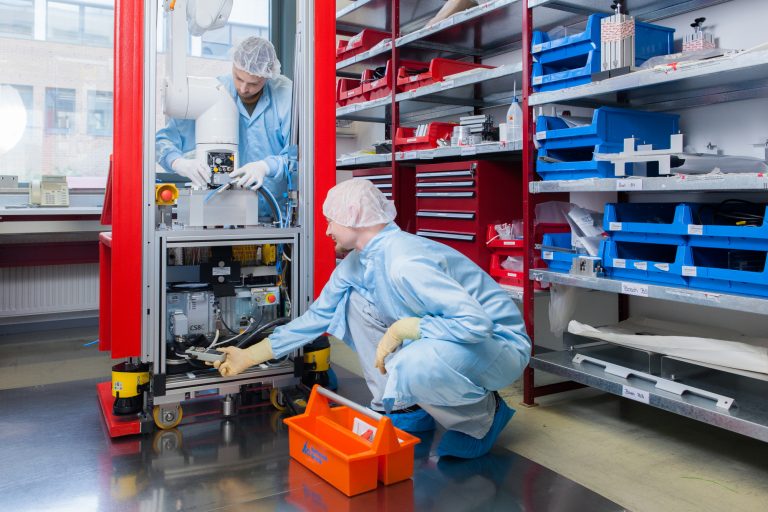 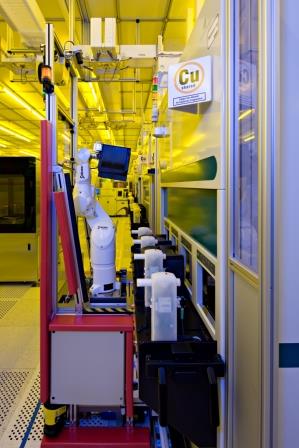